Schedule your Appointment with Us Today!

Schedule your Appointment with Us Today!

News Talk Sports 710AM 97.5FM KGNC · Safe Money Solutions – Sunday at 9am on KGNC-AM
Hollie Gandy-Donohue was raised in Dumas, Texas, graduated from Baylor University with a BBA in Management/Marketing and Finance and began her career in the Houston market.

Hollie returned to the Texas Panhandle to help care for her aging mother. She learned firsthand the challenges and financial issues seniors and their families face as Alzheimer’s progresses.

Hollie’s passion for educating and preparing people for their senior years is the foundation of her businesses. Hollie is the owner of Safe Money Solutions and Small Business Solutions in Amarillo, Texas.

She is a fully committed advocate for the Insurance & Financial Advisor community. A member of NAIFA for eighteen years, she has served as the NAIFA-Amarillo Area Local President .

Hollie is an active political advocate, hosting events for candidates to meet with local professionals, as well as lobbying our Congressmen in Washington and Legislators in Austin on issues related to consumer protection, such as the Elder Financial Protection Act and the Tax Reform & Jobs Act.

She is currently a NAIFA-Texas President Elect. Hollie serves on the NAIFA National Independent Advisor Task Force, Communications Council and as the Public Relations Chair for NAIFA-Texas. She has recently completed the NAIFA-Leadership & Life Institute (LILI).

Hollie is active in the Amarillo community with the Senior Ambassador Coalition, Amarillo Chamber of Commerce, American Heart Association, Make-a-Wish Association Chili Cook-Off, The 100 Club of the Texas Panhandle, Amarillo Businesswomen’s Network and as a Dream-Team member at Trinity Fellowship Church.

Hollie met her husband at a NAIFA Conference, which produced her marriage. Hollie is married to Rusty Donohue. They share two children (Tami Donohue Schultz and Russ Donohue) one grandchild, Madison, one new great-grandchild Avery Nicole, as well as two puppies (Daisy Mae and Inkie). Hollie & Rusty are passionate advocates for NAIFA-Texas and the local chapter. They have combined their practices with an emphasis for protecting client’s retirement futures.

Schedule Your Appointment with 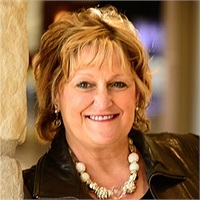 Terms of Use
Schedule your free complimentary consultation today!

Check the background of your financial professional on FINRA's BrokerCheck.

The content is developed from sources believed to be providing accurate information. The information in this material is not intended as tax or legal advice. Please consult legal or tax professionals for specific information regarding your individual situation. Some of this material was developed and produced by FMG Suite to provide information on a topic that may be of interest. FMG Suite is not affiliated with the named representative, broker - dealer, state - or SEC - registered investment advisory firm. The opinions expressed and material provided are for general information, and should not be considered a solicitation for the purchase or sale of any security.